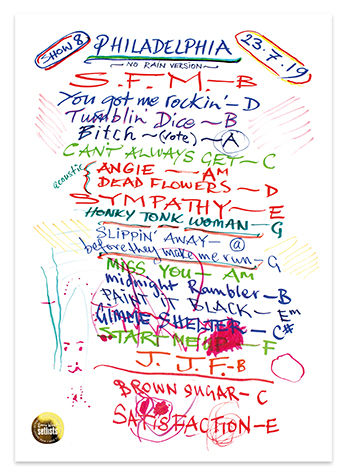 A glorious rain-soaked show and the latest of many visits to Philly stretching back as far as 1965; a fact alluded to by Mick as he told the crowd, “We’ve been playing Philadelphia for 54 f**king years!”. They should be well rehearsed and they were! From Street Fighting Man to Satisfaction each classic played with aplomb and a crowd left more than satisfied!