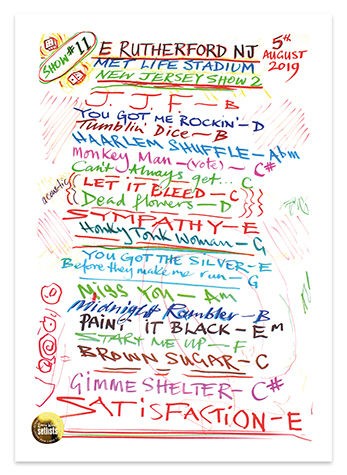 The second of two shows at the Met Life Stadium and the band mixed the set up with addition of such tracks as Harlem Shuffle and Monkey Man and stunning acoustic renditions of Let it Bleed and Dead Flowers.