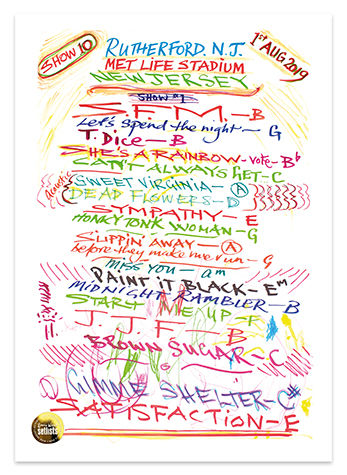 The first of two shows at the Met Life Stadium. From the blistering opening riff of Street Fighting Man to the final bars of the encore’s final song; Satisfaction, any at the first show would either wish they had tickets for the second or be glad they did!