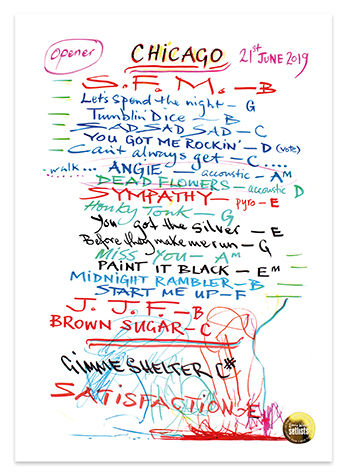 The triumphant opening show of the 2018 European leg of the No Filter Tour and the Stones’ first in almost a year. From Street Fighting Man to Satisfaction, there’s always something special about the first show of a tour and this feels perfectly anticipated in this setlist painted just before the show and indeed the tour ‘kicked off’!