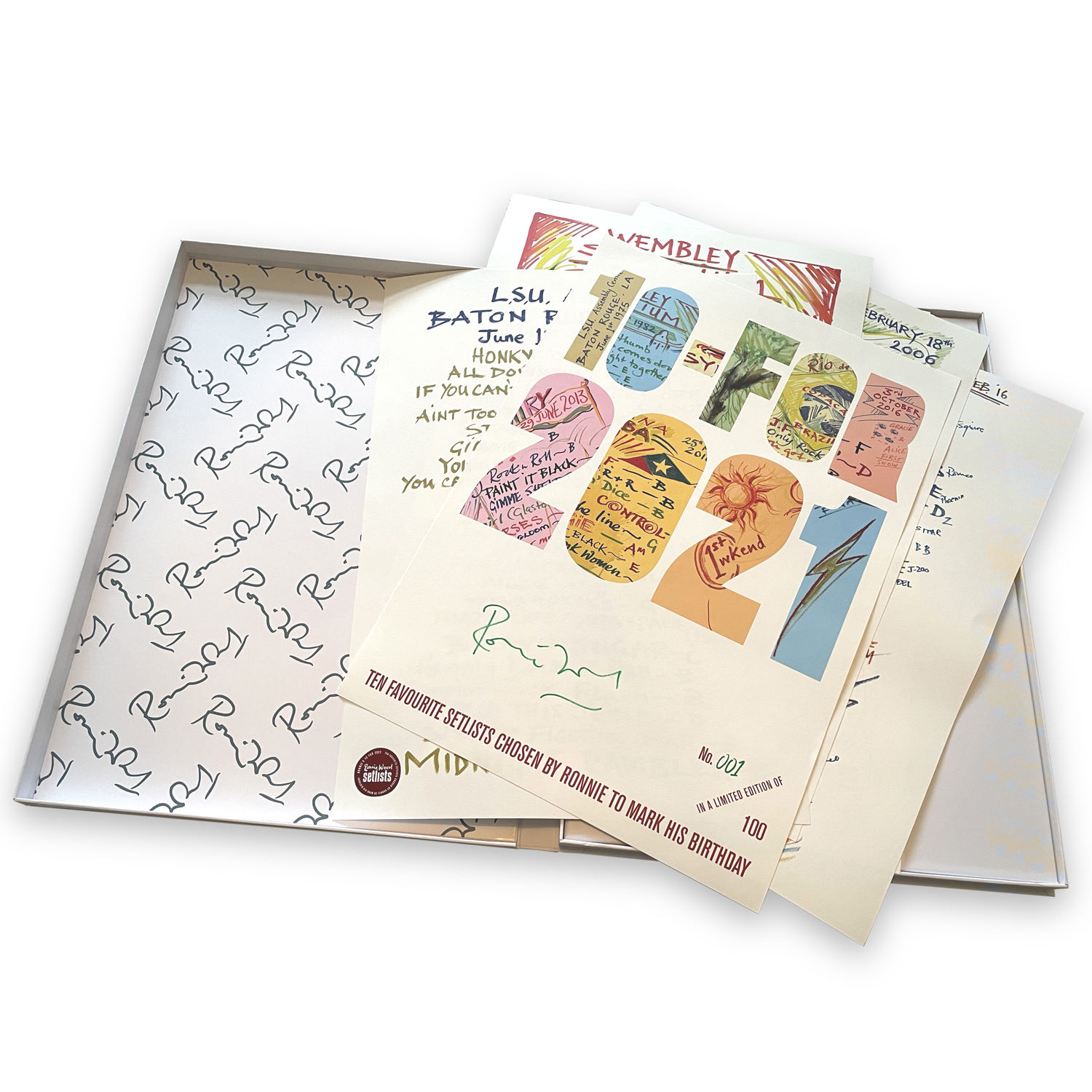 Ten favourite setlists chosen by Ronnie to mark his birthday

This custom made presentation box includes 10 A2 setlist art prints featuring a metallic foil red stamp marking these setlists as one in an edition of 100 only.

Each box also includes a cover sheet print exclusive to this edition hand numbered and signed by Ronnie himself.

The setlists included are: