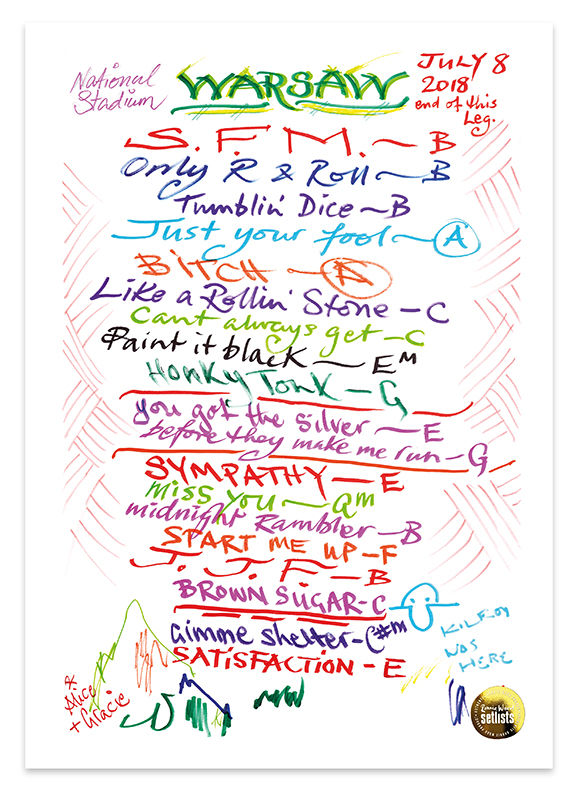 The final show of the 2018 European Tour and this setlist is a great way to mark this event, Ronnie has added ‘end of this leg’ to the top of the setlist and Keith has added his Kilroy Was Here’ seal of approval. From Street Fighting Man to Satisfaction, the songs are familiar but the addition of Bitch gives this final setlist of the year as well as the show itself a real difference. If you were there, then you’ll remember.