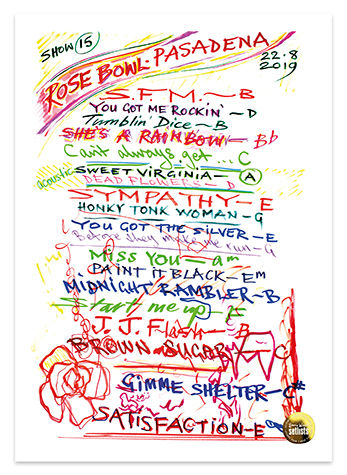 This gig was the Stones first visit to The Rose Bowl for 25 years and it had been 55 years before that that the band had first strutted their stuff in LA. Among the classics here is She’s a Rainbow - a rarely played tune and voted for by an enthusiastic crowd.