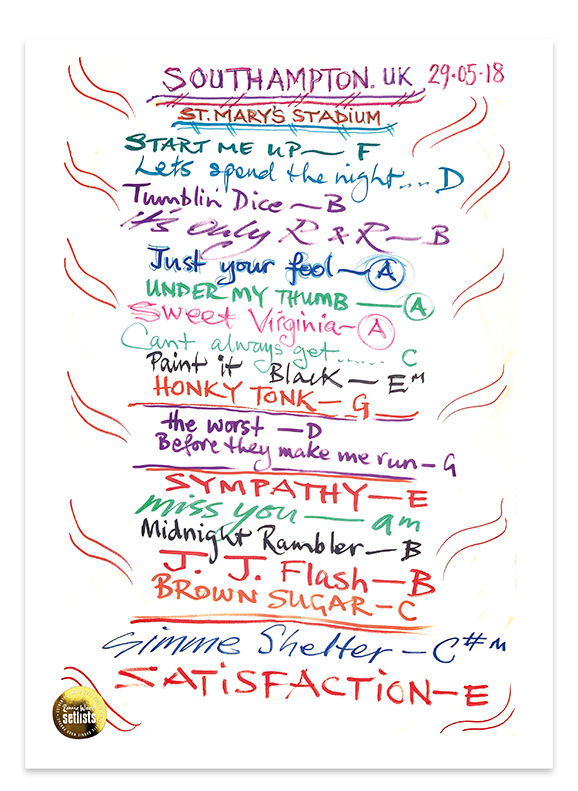 A victorious return to Southampton, the first since the year England won the World Cup! Opening with the rallying call Start Me Up, through classics, standards and a few surprises through to the majestic crescendo of Satisfaction, the gigs every highlight is right here in Ronnie’s Setlist.