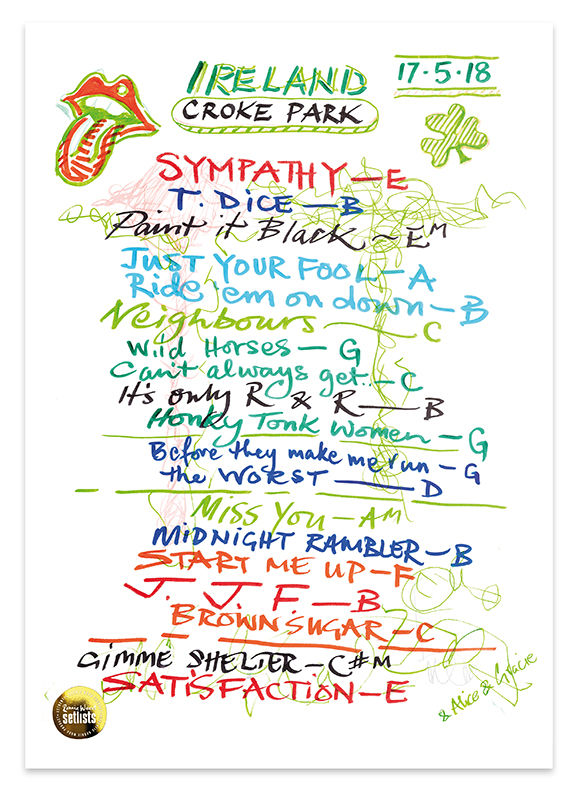 The triumphant opening show of the 2018 European leg of the No Filter Tour.
Not only was this the first show of this year's tour but also the first time in a decade that the band had played in Ireland, there was an undeniable buzz around this show which feels perfectly anticipated in this setlist painted just before the show and indeed the tour ‘kicked off’!