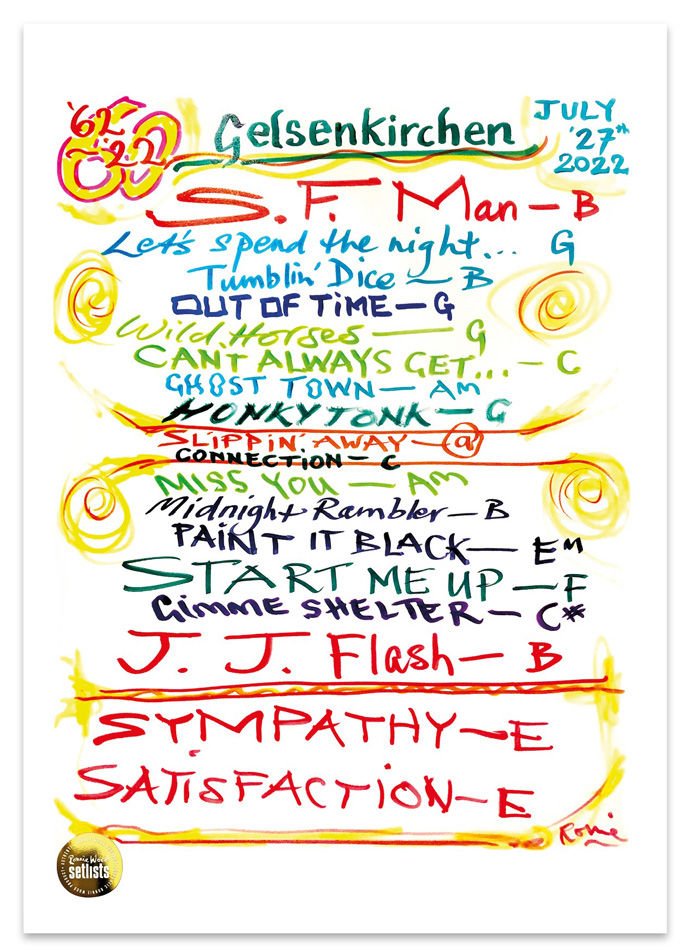 RONNIE'S SETLIST ARTWORK REVEALED AT THE END OF EACH NIGHTS SHOW.

Please note this item will ship out on or around the 1st August.