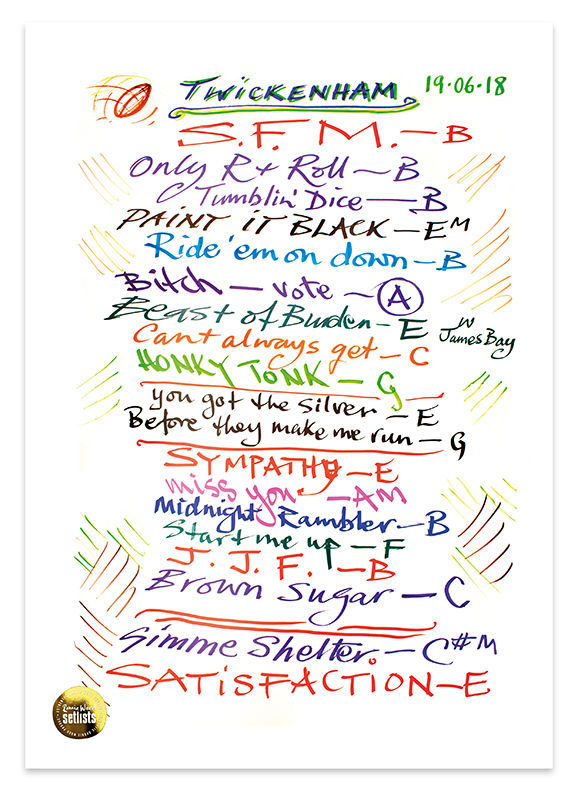 To date the Stones last performance in the UK; a raw joyful show with a serious party vibe. If you were there, you’ll remember feeling at this gig especially, the greatest rock and roll band in the world were having fun, really enjoying doing what they do best. A rollicking ride from Street Fighting Man all the way to Satisfaction.