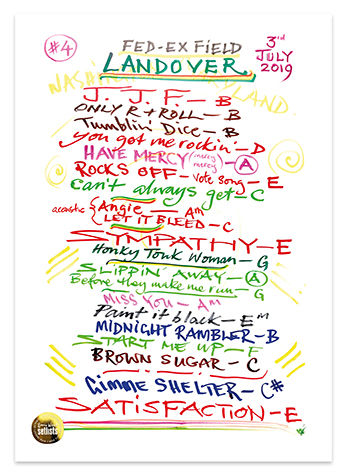 Have Mercy! For 55,000 fans lucky enough to be at the Maryland show in July ‘19, the band played Mercy Mercy for the first time since 1969. From Jumping Jack Flash to Satisfaction via the vote winning Rocks Off. This was one special gig.