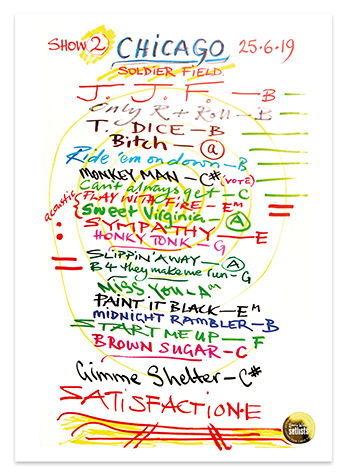 The second of two amazing shows in Chicago and their 39th show in the windy city so far, if you were there, you’ll know how good it was! From Jumping Jack Flash through to crowd favourite satisfaction via some surprises; Monkey Man was the crowd vote winner and a worthy one.