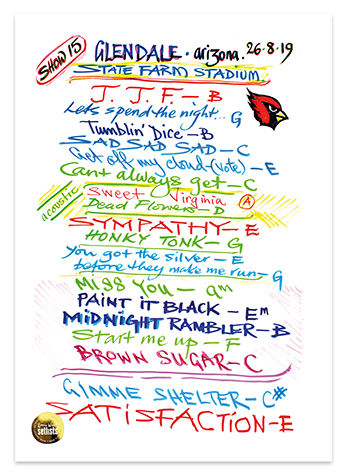 The penultimate gig of this leg of the No Filter tour; the Stones were lacking none of the energy on display on the earlier dates on this year. A crowd of 54,000 watched as the band rocked through the classics and some surprises too: Sad Sad Sad and Get off My Cloud, the vote winning song. If you were lucky enough there you’ll remember how good it was.