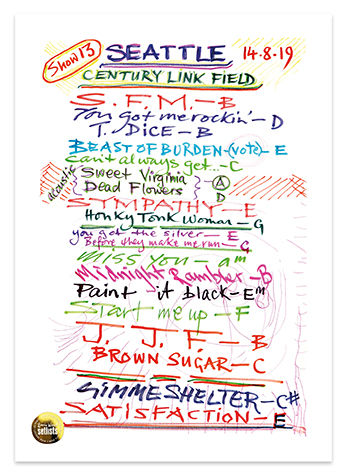 This show marked the Stones first visit to Seattle since 2006, it was a welcome return. Classics abound of course from Street Fighting Man to Satisfaction but there are surprises too; Beast of Burden was the audience vote winner and acoustic outings for Sweet Virginia and Dead Flowers provided a counterpoint to a blistering show.