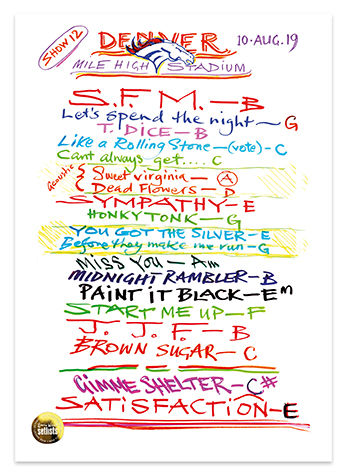 The Stones visit to the Bronco’s Mile High Stadium. Opening the set of stone cold classics with Street Fighting man and keeping the momentum going until the closing bars of Satisfaction this gig also brought Dylan’s rarely performed Like a rolling Stone.