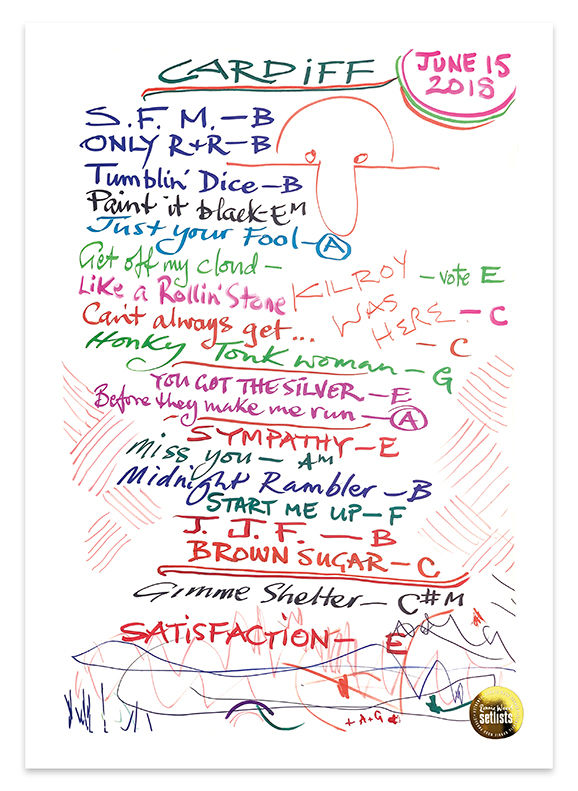 Since the Stones first visit to Cardiff in 1963; supporting the Everly Brothers they’ve returned eight times including this now legendary gig at the Principality Stadium. From Street Fighting Man to Satisfaction, if you were there you’ll remember it all! This setlist has a ‘Kilroy’ added by Keith in Ronnie’s dressing room before the show.