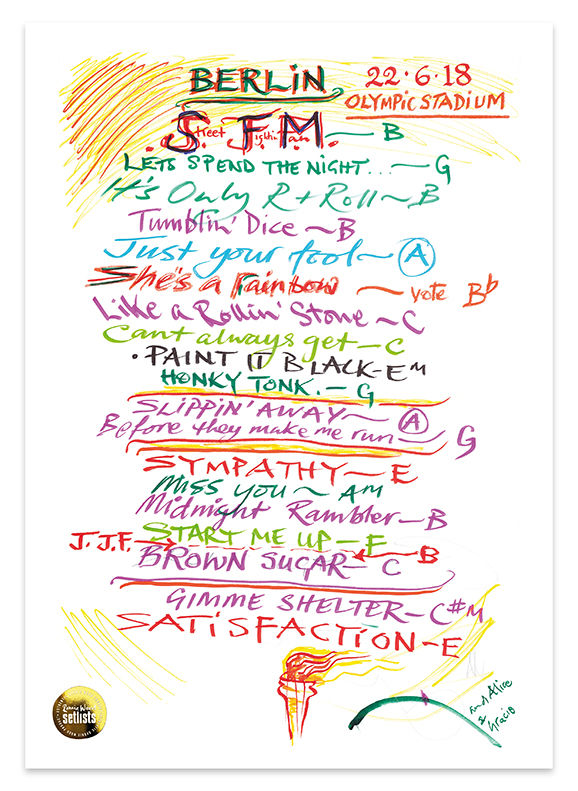 The band’s first show in Germany of 2018 was at Berlin’s Olympiastadion in front of 67,000 fans,the biggest show that year and if you were there you’ll know it was ‘wirklich großartig’. From the opening riff of Street Fighting Man to the end of Satisfaction. This setlist is even adorned with Ronnie’s interpretation of the olympic torch.