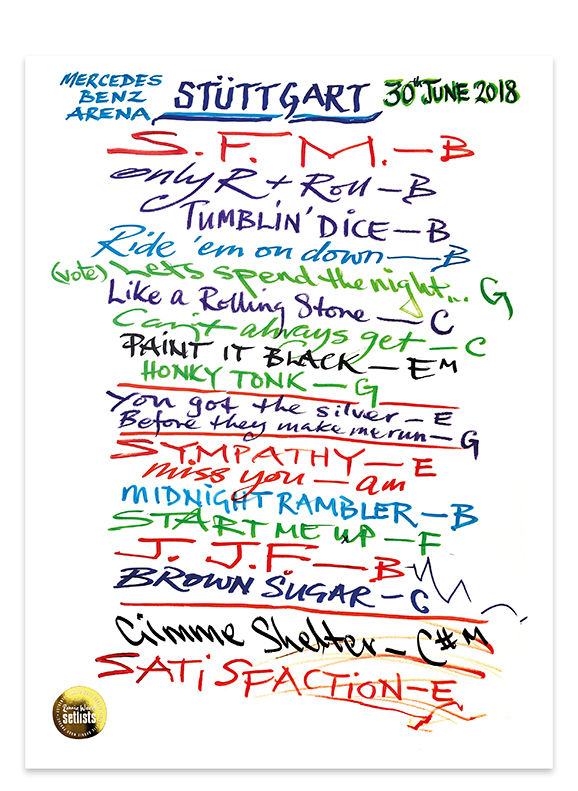 This gig has been described as unforgettable by some who were there, if you were I’m sure you’d agree. Starting with Street Fighting Man, the greatest band in the world worked through 19 stone cold classics finishing with crowd favourite Satisfaction.