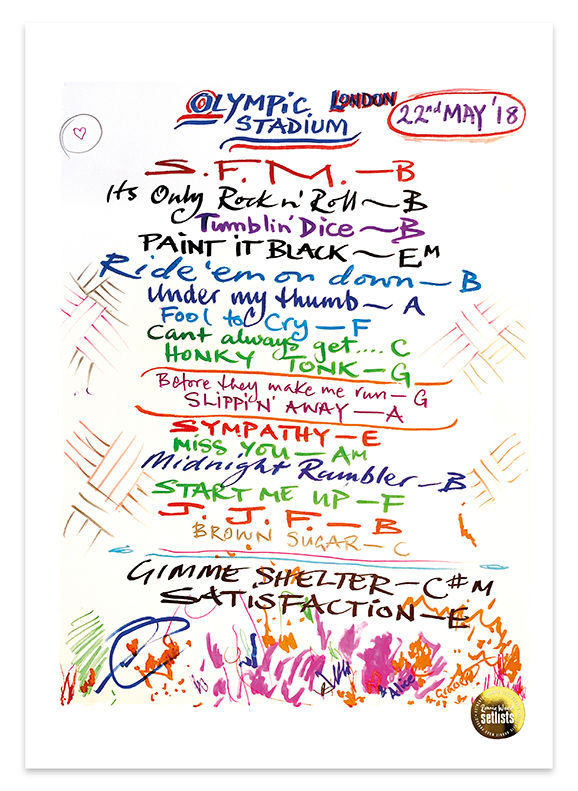 The first of two amazing shows in the east end of London, if you were there, you’ll know. The first ‘homecoming’ gigs since 2013 unmissable and unforgettable through this setlist foretelling a journey from Street Fighting Man to Satisfaction